Founding The Church
By Philip Stohrer

It was a warm summer Sunday in 1904 when two men, Sirk J. Wykkel, a jeweler, and Samuel P. Mullie, a grocer, paused in their bicycle excursion of the south side of Kalamazoo  near the corner of Burdick and Maple Streets. The decision of these men would have a far-reaching effect on more lives than they imagined. These two men had just selected the site of a mission that was to become Bethany Reformed Church. As we look at the history of Bethany Reformed Church—beginning with the endeavors of Mullie and Wykkel—through the growth of the teens and twenties—the new church of the thirties—the war years of the forties—the renewed growth of the fifties and sixties—the disastrous fire and the rebuilding in the seventies—the changing neighborhood and redefining of the mission of the eighties and nineties—we become aware of the providential care of God. As we begin a new century, we begin a new chapter in service to Christ in the city.

On June 5, 1905, in a tiny chapel near Burdick and Maple, the mission Sunday School that was to become Bethany held its first service. Mullie, Wykkel and others from Second Reformed Church had laid the groundwork. Land had been purchased, a chapel had been constructed and the Reverend John VanderMuelen of Hope College had been hired to lead the services. At three o’clock that June afternoon, a group of teachers from Second Reformed gathered and dedicated their talents to God’s use. And use them He did! Just four months later, the Michigan Classis of the Reformed Church in America organized Bethany Reformed Church.

September 28, 1905 was the first official service of Bethany. The membership of the new church totaled eighteen members, twelve of whom came by letter of transfer, six on confession of faith. On November 13, 1905 Bethany’s first pastor was called, the Reverend Gerrit Kooiker. The first Consistory consisted of two members, Samuel P. Mullie as elder, and John Gouderjan as deacon. Later the Consistory was enlarged to four through the election of G. Bestwick as elder and Edgar Geary as deacon.

Growth under the leadership of these men was so great that less than two years later it was apparent that a larger building was needed. In 1907, a new church was built on the site of the original chapel. At this time the church had grown to include fifty-two families and seventy-seven communicant members. By the time that Reverend Kooiker left the church in 1910, Bethany had grown to sixty-nine families and one hundred eighteen communicant members. 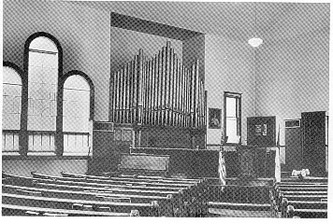 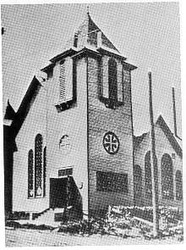 Next: The Early Church