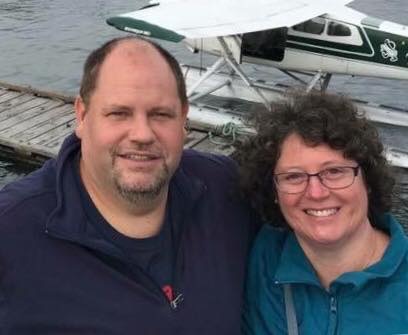 ​The Rev. David Zomer was born and raised in Kalamazoo.  He graduated from Kalamazoo Central and then went on to further studies in the Netherlands, Hope College, Germany and Western Theological Seminary.  Bethany has been a part of the Zomer family for years, with David being a fourth generation member.  These early years has implanted a deep love for the Bethany family and mission in the Edison neighborhood.  During the formative years, an interest in mission was awakened with college work at Jackson County Ministries in Annville, Kentucky and on the Rosebud Reservation of the Lakota Sioux people.  After completing his secondary teaching credentials in Holland, Michigan, David was sent to Hong Kong and Zhong Shan, China to work for the Hong Kong Christian Council in youth ministries.

Pastor Dave was ordained by the SW Michigan Classis of the RCA in 1995, and was called to a new mission partnership in Hungary with the Reformed Church in Hungary.  That is where he met Villö Denke, who would be his wife several years down the road.  After completing the work in Hungary, Global Missions of the RCA sent David to work for the Waldensian Church of Italy (the oldest Reformed church in the world).  David worked two years in Rome, then was sent to Sicily to shepherd three churches, two day care centers and a large nursing home.  After a decade in Italy, David and Villö were called to minister  at Powell River Reformed Church in British Columbia, Canada.

Pastor Dave and Villö love to take part in the community and become active in a plethora of events surrounding the church and Kalamazoo.  Along with their dog, Zeb, they are living in the Bethany parsonage to be closer to church and the neighborhood folks.  David and Villö have three kids:  Nick in Chicago, Katie in Allendale and Ellie in Holland, Michigan.  Come on over for coffee and meet the Zomers!