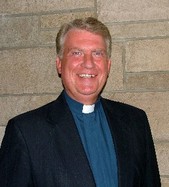 The Reverend Dr. Robert H. Terwilliger, Bethany's thirteenth pastor, was born in Newark, New Jersey, on November 21, 1946, to Robert and Margaret Terwilliger. He is the oldest of three brothers. Pastor Bob grew up in Wallkill, New York, where his parents had also grown up. It's a town of less than 2,000 people in the mid-Hudson valley, some 70 miles north of New York City. Pastor Terwilliger graduated from Wallkill Central High School in 1964 as the valedictorian of his class. He played varsity football and volleyball in high school, was on the debate team, the National Honor Society, and also sang in the chorus and played clarinet in the band.

PastorTerwilliger attended Rensselaer Polytechnic Institute in Troy, New York, until he received the call to ministry. He transferred to Hope College in Holland, graduating in 1968 with a major in psychology. He then entered Western Theological Seminary, graduating in 1972 with his Masters of Divinity degree. During his college years, Pastor Bob worked as a manager in the local A&W Restaurant and Drive-In - a friendly competitor of Russ' Restaurant in Holland. During his seminary years, Pastor Bob's field education included a summer doing street youth ministry in Holland, a summer doing a boat/marina ministry on Lake Macatawa, serving as youth pastor at Central Reformed in Muskegon and at Mayflower Congregational Church in Grand Rapids, and three months as a chaplain at Pine Rest Christian Mental Hospital. He did a year-long internship as associate pastor in two churches - Bogart Memorial Reformed Church, and Teaneck Reformed Church - both in northern New Jersey.

Rev.  Terwilliger was ordained by the Classis of Orange in New York, and was installed as the senior pastor of Bethel Reformed Church in Harvey, Illinois. After serving in Harvey for five years, Rev. Terwilliger accepted a call to serve as the senior pastor of Hope Reformed Church here in Kalamazoo. In the 1980, Rev. Terwilliger temporarily left the pastoral ministry and went to work for the Kellogg Company in Battle Creek. He began in market research, moved into product development, and became the product manager for Pop-Tarts and Rice Krispies Bars; he introduced Nutri-Grain cereal and Nutri-Grain bars to the marketplace.

It was during those years that a good friend, Rev. Dr. Mark Kraai, invited Rev. Terwilliger to begin attending Bethany and to teach an adult Sunday School class.  So began a long relationship between Rev. Terwilliger and Bethany. It was on April 11 of 1981 that Pat and Bob were married at Bethany by Pastor Kraai. Rev. Terwilliger would later return the favor by performing the wedding of Pastor Mark and Linda Kraai.

After working at Kellogg for six years, Pastor Bob became the Director of Marketing and Communications for CRC Publications, the publishing ministry of the Christian Reformed Church, located in Grand Rapids.  In 1993, Rev. Terwilliger accepted the call to become the Mission Supervisor for Native American Indian Ministries and Southern Normal School, and Stewardship Coordinator for the Reformed Church in America. This denominational position was located in the Chicago area, so the Terwilligers moved to South Holland, Illinois. In 1994, Pastor Bob was also given responsibility for beginning the RCA's mission work in eastern Europe and Russia. He traveled extensively in the region and was able to locate the position at Karoly Gaspar University in Budapest, Hungary, which was subsequently filled by the Reverend David Zomer of Bethany.

It was during those years that Rev. Terwilliger completed the work on his Ph.D. in Theology. In fact, the whole family was in college at that time - Rev. Terwilliger finishing his doctorate, Pat getting her Bachelor's degree in Communications from Trinity International University, and all three kids - Rob at Grand Valley, Jim at the University of Illinois, and Rachael at Michigan State - going to school.

It is sometimes amazing the way God works. In 1965, Pastor Bob's first experience on a mission trip came when he traveled as a young college student to Brewton, Alabama, to work at Southern Normal School. In 1995, thirty years later, he served as chairman of the Board of Trustees of Southern Normal School, and was instrumental in selling the school to Alabama State University now that it was no longer needed as a mission school for African-Americans in the south.

In 1998, Pastor Bob accepted the call to return to Bethany as the thirteenth pastor. During his tenure here, we have added the RESTORE ministry and the Christian Resource Center to the ministries of the Friendship House.  He has the distinction of being the oldest pastor to have served at Bethany, and, by God's grace, when he retired, had served the longest.

Rev. Dr. Terwilliger and Pat have three children, a son Rob, who lives in Royal Oak, Michigan; daughter Rachael and husband Joe, who live in Bloomfield Hills, Michigan with two children; and a son Jim who passed away in 2013. His wife Dawn and step son, Christopher, remain in Kalamazoo.

A relationship that began between Rev. Terwilliger and Bethany in 1980 has now grown to span 33 years. Pastor Terwilliger retired in September of 2013 but continues to attend Bethany.